› Investors › Board of Directors
Investors 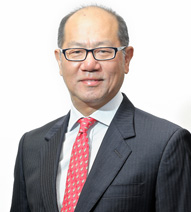 Mr Tan was appointed Executive Director on 1 June 2009 and last re-elected on 15 April 2021.  Concurrently, he has been the Group’s Chief Executive Officer (“CEO”) since 1 January 2014. As CEO, he is in charge of leading the development and execution of our long-term strategy, and responsible for all day-to-day management decisions.

Mr Tan started his career as a statistician at the Department of Statistics, Singapore in 1985 and went on to become a research economist with Singapore’s Ministry of Trade and Industry in 1986. He joined the Prudential group in 1988 as an investment analyst based in Hong Kong and the USA.

From 1991 to 2003, Mr Tan was employed by the PAMA Group Inc.’s group of companies (“PAMA Group”), becoming a partner of PAMA BVI in 2001. He was involved in setting up several equity funds of the PAMA Group and handling the funds’ investment portfolio in South East Asia. He was also an Investment Committee member of PAMA BVI from 1997 to 2003. In 2003, Mr Tan joined Delifrance Asia Ltd as its CEO, and in 2005, he joined Li & Fung Group in 2005 as its Project Director and COO. 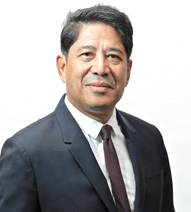 Mr Monteiro was appointed Executive Director on 16 April 2014 and last re-elected on 15 April 2021. He is also our Chief Financial Officer responsible for developing a balanced capital structure, to source for adequate funding for our Group, and to ensure the integrity of the Group’s financial data. He has oversight over all the financial operations of our Group.

Mr Monteiro was previously the Head of Corporate Finance of our subsidiary, PT Japfa Comfeed Indonesia Tbk and has over 14 years of experience in the agri-food industry, having joined PT Japfa Comfeed Indonesia Tbk in 1999. His responsibilities included overseeing the company capital structure and managing equity-related matters such as investor relations, annual reports and IDX-compliance.

Prior to joining PT Japfa Comfeed Indonesia Tbk, Mr Monteiro was a financial advisor to another IDX-listed company between 1995 and 1999. Between 1985 and 1995, Mr Monteiro practised as a chartered accountant, first as a sole practitioner, and later as a partner of Callaway & Hecht in Melbourne. Whilst in practice, Mr Monteiro was a registered tax agent and registered company auditor in Australia.

Mr Monteiro obtained a Bachelor of Economics degree from Monash University, Australia in 1979 and has been a member of the Institute of Chartered Accountants in Australia since 1982.

Mr Monteiro is a member of the Asia Pacific Chapter of the Accounting for Sustainability (A4S) Chief Financial Officers Leadership Network since 2021.

Mr Renaldo Santosa was appointed as an Executive Director on 1 December 2022. Prior to this appointment, he was the Alternate Director to Executive Chairman, the late Mr Handojo Santosa. Mr Renaldo Santosa holds also the position of Head of Strategic Projects at Annona Technical Service Pte Ltd, a subsidiary of Japfa Ltd, to identify and develop strategic projects for the Group and ensure that the projects are aligned with the Group’s strategic directions and objectives.

Mr Renaldo Santosa started his career with the Japfa Group in September 2011 as Business Development Executive immediately after his graduation. Over the years, he was promoted to the position of Head of Business Development & Strategy in 2017 and to his current role in 2022. Mr Renaldo Santosa was also appointed as a Director in Annona Pte Ltd, a subsidiary of Japfa Ltd, in 2022.

Mr Renaldo Santosa has a Bachelor of Science (Second Class Honours) in Food Science with Business from the University of Reading, UK, in 2011. 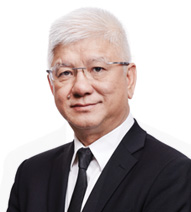 Mr Kolonas was appointed Executive Non-Independent Director on 18 February 2013 and last re-elected on 15 April 2021. He joined our Group in 2012 as Vice-President Commissioner of our subsidiary, PT Japfa Comfeed Indonesia Tbk. Prior to joining our Group, Mr Kolonas was the branch manager at the Head Office (Operational) of Bank Dagang Nasional Indonesia. During his time there from 1983 to 1988, he was involved in organising and managing various departments within the branch.

Mr Kolonas has also served on the board of Bank Tiara Asia, where he was President Director from 1989 to 1997 and Vice-President Commissioner from 1997 to 1998. Mr Kolonas founded PT Celebes Artha Ventura in 1996 and spearheaded investments into various financial services businesses. He has been the President Commissioner of PT Celebes Artha Ventura since 2010. 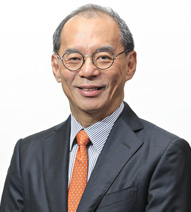 Mr Ng has been an Independent Director on our Board since 29 July 2014 and last re-elected on 15 April 2021. He was appointed Lead Independent Director on 14 April 2019. He has more than 30 years of experience in the corporate finance and securities industry in Singapore and Malaysia, advising clients on corporate restructuring, mergers and acquisitions and fund raising. In the course of his career, he has held positions in foreign and local financial institutions, including Citicorp Investment Bank (Singapore) Ltd, OCBC Securities Pte Ltd, ABN Amro Bank and CIMB Bank Berhad, Singapore Branch.

Mr Ng was also with Temasek Holdings Private Ltd as Managing Director of its Portfolio Management division and as Chief Representative China. He was also a Director of GMR Infrastructure (Singapore) Pte. Ltd  (part of the India-based GMR Group) and was involved in the development of their infrastructure projects in South East Asia.

Mr Ng graduated with a degree in Civil Engineering from the University of London in 1976 and has been a member of the Institute of Chartered Accountants in England and Wales since 1980. 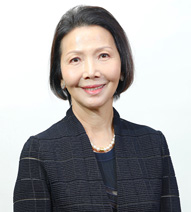 Ms Lien was appointed to our Board on 29 July 2014 and last re-elected on 15 April 2021. She is currently a Vice President (University Advancement) at Nanyang Technological University, Singapore.

Ms Lien currently serves as the Chairwoman of the Board of the Confucius Institute at Nanyang Technological University.

Ms Lien joined Hewlett-Packard Singapore (Private) Limited in 1978. During her time at HP, she headed its Technology Solutions Group Asia Pacific and Japan and retired from HP in 2007 as a Senior Vice President.

Ms Lien graduated with a Bachelor of Science degree in Physics from the former Nanyang University in 1971 and attained a Master degree in Computer Science from London University, Imperial College of Science and Technology in 1973. In 2011, she was awarded the Bintang Bakti Masyarakat (Public Service Star) for valuable public service by the Singapore Government and was also appointed a Justice of the Peace by the President of Singapore in 2013. 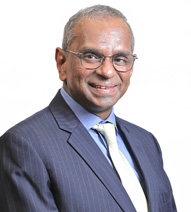 Mr Bhaskaran was appointed to our Board on 18 April 2019 and last re-elected on 15 April 2021. He is currently a Partner of the Centennial Group. As founding CEO of its Singapore subsidiary, Centennial Asia Advisors, he co-ordinates the Asian business of the Group.

Mr Bhaskaran is also Adjunct Senior Research Fellow at the Institute of Policy Studies. From 1989 to 2001, Mr Bhaskaran was with Société Générale’s Asian investment banking division where he supervised Asian economic and investment strategy and where he was also a member of the Executive Committee. From 1982 to 1989, Mr Bhaskaran worked for the Singapore government, supervising a team that prepared strategic political and economic assessments of Asia for senior Singapore government officials.

Mr Bhaskaran served as Chairman of a high-level government committee that reviewed the regulation of moneylenders in Singapore in 2014 and 2015. He is also Member of the Competition Appeals Board, Singapore; a Member of the Regional Advisory Board for Asia of the International Monetary Fund; Trustee of the Asia Foundation in Asia; Member of the Board of Advisors, School of Economics, Singapore Management University; Council Member in Singapore Institute of International Affairs (SIIA); and, Vice-President, Economics Society of Singapore. He currently serves on the Boards of CIMB Investment Bank, IFS Capital, Jebsen & Jessen SE Asia Limited and Luminor Capital.

Mr Bhaskaran graduated with an honours degree in Economics from Magdalene College, Cambridge University in 1980 and a Master in Public Administration from John F Kennedy School of Government at Harvard University in 1987. He is also a Chartered Financial Analyst. 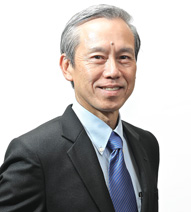 Mr Tan Kian Chew was appointed to the Board on 18 April 2019 and last re-elected on 15 April 2021. He is currently Chairman of the Centre For Senior (IPC), and Chairman of Central Co-operative Fund Committee, MCCY. Mr Tan is a Non-Executive Director and an Advisor of Hanwell Holdings Ltd and an Advisor to Incofood Management Services Pte Limited.

Mr Tan served in the Republic of Singapore’s Navy from 1975 to 1983. He was the Head of Naval Operations when he left to join Singapore Government’s elite Administrative Service and was posted to the Ministry of Trade and Industry. In 1988, he was posted to the Prime Minister’s Office where he served as the Principal Private Secretary to the Deputy Prime Minister. In 1992, Mr Tan joined NTUC FairPrice as its Assistant General Manager. He was appointed as CEO in 1997 and left in 2016 after 18 years as the CEO of NTUC FairPrice. Mr Tan joined Singapore Labour Foundation as its CEO in January 2016 and retired in December 2018.

Mr Tan was awarded a SAF (Overseas) Scholarship in 1972. He graduated with a degree (First Class Honours) in Mechanical Engineering from the University of Aston in Birmingham, UK in 1975. He also completed an Advance Management Programme from Harvard University in 2000. In 1991, he was awarded the Singapore Public Administration Medal (Silver) and in 2014, he received the NTUC May Day Award – Medal of Commendation (Gold). 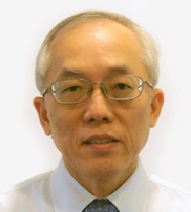 Mr Chia joined Hewlett-Packard Singapore in 1982 as a Systems Engineer and last held the position of a Senior Vice President, Global Strategic Alliance with Hewlett-Packard, Palo Alto, California in 2009.

He joined NCS Pte Ltd (“NCS”), a subsidiary of Singapore Telecommunications Limited (“SingTel”) as Chief Operating Officer in June 2009 and was appointed Chief Executive Officer on 1 July 2010. He currently serves as an advisor for SingTel Group Strategy, following his retirement from NCS in 2019.

Mr Chia graduated with a degree (First Class Honours) in Computing Studies with the University of East Anglia, Norwich, UK in 1981 and attained a Master degree in Management Science from Imperial College, London UK in 1982. He completed the General Managers Program from Harvard Business School, USA, in 1999 and the Directorship Program from SID-SMU, Singapore, in 2020.